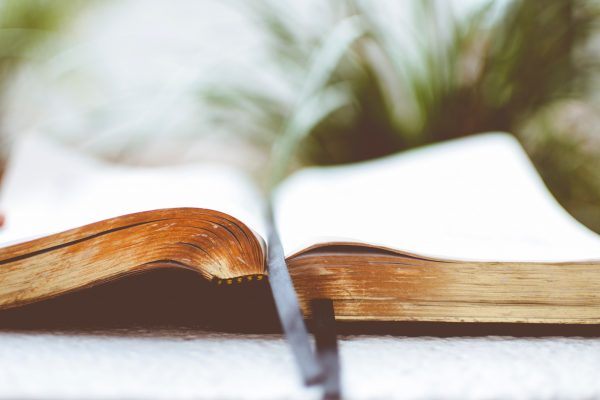 The Bible, including both Old and New Testaments as originally given, is the verbally and plenarily inspired Word of God and is free from error in the whole and in the part, and is therefore the final authoritative guide for faith and conduct.

There is one God eternally existent in three distinct persons in one divine essence, Father, Son and Holy Spirit.

God the Father has revealed Himself as the Creator and preserver of the universe, to Whom the entire creation and all creatures are subject.

God created Adam and Eve in His image to live in fellowship with Him. They fell into sin through the temptation of Satan and thereby lost fellowship with God. Through their disobedience the entire human race became totally depraved, that is, self-centered sinners who oppose God, and who by nature are unable to trust, fear or love Him. They are subject to the devil, and are condemned to death under the eternal wrath of God.

Jesus Christ, the Eternal Son, is the image of the invisible God. To accomplish our redemption, He became fully human, being conceived of the Holy Spirit and born of the virgin Mary. Jesus Christ, who is true God and true man, by His perfect obedience and substitutionary death on the cross, has purchased our redemption. He arose from the dead for our justification in the body in which He was crucified. He ascended into heaven, where He is now seated at the right hand of God, the Father, as our interceding High Priest. He will come a second time personally, bodily, and visibly to gather the believers unto Himself and to establish His millennial kingdom. He will judge the living and the dead and make an eternal separation between believers and unbelievers. His kingdom shall have no end.

The Holy Spirit is a divine person eternally one with the Father and with the Son. Through the Word of God He convicts people of sin, persuades them to confess their sinfulness to God and calls them to faith through the Gospel. He regenerates, sanctifies, and preserves believers in the one true faith. He comforts, guides, equips, directs, and empowers the church to fulfill the great commission.

The knowledge and benefit of Christ’s redemption from sin is brought to the human race through the means of grace, namely the Word and the sacraments.

Through the Word of the Law God brings sinners to know their lost condition and to repent. Through the Word of the Gospel He brings sinners to believe in Jesus Christ, to be justified, to enter the process of sanctification, and to have eternal life. This occurs as the Holy Spirit awakens them to see their sin, convicts them of their guilt of sin, and calls them to repent and believe, inviting and enabling them to accept God’s grace in Christ. Each one who thus believes is instantly forgiven and credited with Christ’s righteousness. The Word then teaches and guides the believer to lead a godly life.

In the Sacrament of Baptism, God offers the benefits of Christ’s redemption to all people and graciously bestows the washing of regeneration and newness of life to all who believe. God calls the baptized person to live in daily repentance, that is, in sorrow for sin, in turning from sin, and in personal faith in the forgiveness of sin obtained by Christ. By grace we are daily given the power to overcome sinful desires and live a new life in Christ. Those who do not continue to live in God’s grace need to be brought again to repentance and faith through the Law and Gospel.

Because the sinfulness of human nature passes on from generation to generation and the promise of God’s grace includes little children, we baptize infants, who become members of Christ’s believing church through baptism. These children need to come to know that they are sinners with a sinful nature that opposes God. Through the work of the Holy Spirit, they need to confess their sinfulness and yield to God; and possess for themselves forgiveness of their sin through Jesus Christ, as they are led from the faith received in infant baptism into a clear conscious personal faith in Christ as their Lord and Savior and being assured of salvation, rely solely on the finished work of Christ, and the power of the Gospel to live as children of God.

In the Sacrament of Holy Communion, Christ gives to the communicants His body and blood in, with, and under the bread and wine. He declares the forgiveness of sin to all believers, and strengthens their faith.

Eternal salvation is available to every living human being on earth by God’s grace alone through faith alone in Christ alone. This salvation consists of an instantaneous aspect and an ongoing, continual aspect.

Justification is God’s gracious act by which He, for Christ’s sake, instantaneously acquits repentant and believing sinners and credits them with Christ’s righteousness. At that moment, God gives each one who believes a new and godly nature and the Holy Spirit begins the process of sanctification. There is no place for human effort in justification.

Sanctification is God’s gracious, continual work of spiritual renewal and growth in the life of every justified person. Through the means of grace, the Holy Spirit works to reproduce the character of Christ within the lives of all believers, instructing and urging them to live out their new nature. The Holy Spirit enables believers more and more to resist the devil, to overcome the world, and to count themselves dead to sin but alive to God in Christ Jesus. The Holy Spirit produces spiritual fruit in and bestows spiritual gifts upon all believers. He calls, empowers and equips them to serve God in the home, in the community, and as part of the Church Universal. The process of sanctification will be complete only when the believer reaches glory.

The Church Universal consists of all those who truly believe on Jesus Christ as Savior. The local congregation is an assembly of believers in a certain locality among whom the Gospel is purely taught and the sacraments are rightly administered. The confessing membership of the local congregation shall include only those who have been baptized into “the name of the Father, and of the Son and of the Holy Spirit,” confess personal faith in the Lord Jesus Christ, maintain a good reputation in the community and accept the constitution of the Church of the Lutheran Brethren. It cannot, however, be avoided that hypocrites might be mixed in the congregation; that is, those whose unbelief is not evident to the congregation.

The Lutheran confessions are a summary of Bible doctrines. We adhere to the following confessional writings: The Apostles’ Creed, Nicene and Athanasian Creeds, unaltered Augsburg Confession, and Luther’s Small Catechism.